C Is for Cumberland Plateau
by William Woolfitt

C  is for convict, coarse woolens, correctional, chains wound about the legs, condemned, crouch, cold water dripping down, call-and-response, captain don’t worry. I try to imagine the many nineteenth century fathers and husbands and sons sentenced to the Tennessee State Penitentiary near Nashville, which leases them out to Tennessee Coal and Iron, a company that loads the men on eastbound trains, that works them as strikebreakers at coke ovens and deep mines near Briceville, Tracy City, Oliver Springs. After the Civil War, the convict leasing system. Slavery by another name. At Coal Creek, four white convicts, one hundred thirty-five colored were housed at the mouth of the mine in a stockade of box-like hovels with great cracks in them. These men ate beef hash and coffee (tincture), cowpeas, dried beans, cold cornbread and hog (round) meat, and slept two in a cramped bed made of rough planks.

I live a hundred miles south of Coal Creek, in the long valley between Walden Ridge and Big Frog Mountain, between the Cumberland Plateau and the Blue Ridge, not far from the Mouse Creek internment camp where the Cherokee families were imprisoned in stockades, not far from Flint Springs, and Hair Conrad’s cabin, and the Ocoee River. This place becomes my spiritual geography—Kathleen Norris’s term for the places where we wrestle our stories out of the circumstances of landscape and inheritance, trying to see what is good and give words to it, trying to resist evil, to make amends, to do no more harm. Trying to stand in good relation to the earth, as N. Scott Momaday might say.

Here, the Cherokee Nation, the acres where Cherokees raised candy roasters and white eagle corn, the woods where John Ridge taught his sons to hunt squirrels with blowguns. Here, stolen ground. Here, dissected plateau, outcroppings, crystalline schists, vertical bluffs. Here, the pits and the deeps where miners augered and sledged out the coal. Here, stolen men. Here, Brushy Mountain, where black prisoners mined coal for the state of Tennessee until 1966.

In 1908, Mr. Felder wrote that the monthly whipping reports show an unusually large number of whippings at the Durham Coal Mines and the Lookout Mountain Mines. A report in 1876 said that four or five feet of coal lies below Sand Mountain; in seams of coal, 300 convicts from the State Penitentiary are at work, supplying light and warmth and power to the people of the State. Here, I or someone like me gets a bright bulb, a swirl of heat, a few more volts; someone else suffers to give me ease.

outcrop, n. The appearing or cropping out at the surface of a stratum, or of a vein or ore-deposit, e.g., Dud Dudley, Mettallum Martis (1665): The top measures of Coles are some twelve yards thick, the Coles Ascending or Cropping up even unto the superfices of the Earth.

At the foot of the Cumberland Plateau, between Walden Ridge and Vowell Mountain, Coal Creek was a town of three thousand, with a train depot, a hotel, an opera house, the Black Diamond Store, and several churches. And the convict camp. And the state soldiers who would occupy Militia Hill in 1892, firing oyster cans of mud at the town to keep its people terrified.

Sarah Cleek’s father was a guard who watched the convicts while they shoveled coal. When James Dombrowski went to Tracy to collect oral histories, Sarah Cleek told him, me and a widow woman took pies to the convicts at the stockade. The lice and chinch bugs were eating them up. They were treated cruelly, sent out to work sick or not, buried where they used to dig for clay to daub the coke ovens. With my eyes I saw their thighs or shank bones not buried deep enough. The warden and the deputy warden did the whipping.

I saw a line of free miners marching, a quarter mile long, shotguns on their shoulders. They told the warden to turn the convicts loose.

I imagine Sarah Cleek and the widow woman sharing a small kitchen, feeding dry branches to a woodstove, the two of them rolling the crusts, one likes to crimp, one likes to flute, flour on their sleeves, ghost-hands where they wipe their aprons.

What kind of pies did Sarah Cleek make? What did she have to spare? Maybe pawpaws, or persimmons, or sumac berries. Maybe salt, old grease, a little sorghum, peels. What stories could the two of them wrestle from ingredients like these? I imagine crumb pie, transparent pie, vinegar pie, potato pie. I imagine Sarah Cleek and the widow woman sharing a small kitchen, feeding dry branches to a woodstove, the two of them rolling the crusts, one likes to crimp, one likes to flute, flour on their sleeves, ghost-hands where they wipe their aprons.

The Cumberland table-land rises, forms a bold escarpment, its eastern edge a gray, rocky cliff-lined rampart, its western edge irregular and jagged, notched and scalloped by coves and valleys, separated by finger spurs that point to the northwest.

The miners at Coal Creek wanted the company to pay them cash instead of scrip tokens, to let them hire their own check-weighmen. The company refused. With pry-bars and hammers, careful to keep the boards intact, the company dismantled the tiny houses that the miners and their families lived in, saving the wood to build stockades for penning the convicts. Then the state militia came, seized the nearest hills, dug trenches, raised earthen embankments, set up Gatling guns and small-bore cannons.

I try to imagine the black men sentenced to the Coal Creek mines, the men condemned for the least offense: a man who takes a pig and some roasting ears from a boss who will not pay him, and a man who loiters around a saloon, and a man who strolls through the country, a man who steals eight cents, the value of a fence rail—these men, and many other men, and sometimes boys, and sometimes women, sentenced to the plateau, the near valleys, the fearsome underground, condemned to labor in the dark rooms, swallowed by the earth, digging in the belly of the earth.

I try to imagine mine-water from two to three inches deep in the mine, convicts working all day in it, sometimes lying on their backs. The application of the strap, the naked backs of convicts stretched upon the floor. Beaten into jelly. The strap in Warden Cox’s raised hands.

The convicts sing I got a mother in promiseland, and the Lone Rock song, and yonder comes my darling, coming down the line.

In his book The Historic Cumberland Plateau, Russ Manning says that darling meant the boy who drove the mule-wagon into the mine, and kept the mules calm, and took out the loads of coal.

I imagine free miners organizing a strike, angry that their jobs were given to convicts—and then their houses torn down, their families hungry—and then the miners masking themselves with handkerchiefs, and halting a train of freight cars, and swarming the stockades, overwhelming the guards, and the convicts pouring out, and columns of smoke billowing, and red flames licking the sky.

dissect, v. t. In geol., to cut up or erode (a plateau, mountain, etc.) into numerous irregular valleys or ravines. dissected plateau, n. a plateau traversed by deep and narrow valleys, branching in various directions.

When Grace Roberts interviewed Mollie Scroggins, Mollie told her, we lived near the Shamrock store at Coal Creek. Our men burned the stockade. The women were in the streets praying. When a cannon would go off, someone would say, my son, my husband, someone would scream. John Brown came to my house and said they were going to hang him. I tore some boards off the attic, let John Brown stay there all night. I clothed two of the convicts myself so they could get away. The state paid a bounty of $85 a head.

Mollie could look in a convict’s face, take hold of another story, respond with empathy and mercy, a lesson for me. She says, When one came to my door for food and picked up my little boy, I was scared and troubled. But he petted and talked to my boy, and I thought, he’s a married man with small children of his own.

Imagine the militia firing cannons at the miners, at the convicts, at the town. Imagine the convicts fleeing, the convicts who shed their stripes, and put on the shirts, coats, and trousers set out for them by Mollie Scroggins and the other women, and by merchants, and by farmers in the valley—many of the escaped men stripping off the past, dressing in new suits, as if becoming somebody new, running north to Jellico, getting out of Tennessee—and at last, the feeling of jubilee, of release, like the words coming to John Ridge’s son as he writes a poem about thunder, like Cow Creek running down Windrock Mountain, running until you’re free. 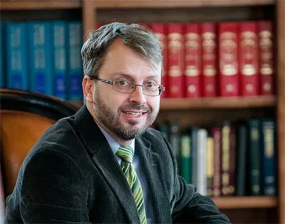