This edition of Still Life features a lyrical and insightful short essay from acclaimed poet Ron Houchin about "the sense of the poetic that dwells in us."

Ron Houchin does much of his writing from his home on the banks of the Ohio River at the southernmost tip of Ohio. For thirty years he taught in a public high school in the Appalachian region of the Ohio Valley.  He has seven books of poetry and one of short story published.  His work has received the Paterson Prize and Pushcart Prize nominations, as well as an Appalachian Book-of-the-Year Award and a Weatherford Award.  A new book, Planet of the Best Love Songs is due out from Salmon Publishing of Ireland in 2016.

The Love of Other Worlds

My dreams are often poems first, stories second. Consider this one dream: I walk through one of my childhood homes because I hear a noise from the closet at the end of the hall. It is night as usual in my dreams. When I open the closet door, I notice light leaking in around the back wall. With a little working, pushing, and pulling, even a little prying with a clothes hanger, I find that it wants to open into a room behind the closet. I’d never suspected in waking hours there could be such a place in the house.

With trepidation, I slip through this door into a bright room. Seated before a brilliant dressing table and mirror is a figure in colorful clown garb. A red rubber nose and a green bushy wig rest on the dresser. The figure leans forward gazing in the mirrored glass and applying a bright blue grease paint around its eyes. Boldly, I walk right up—after all, this clown is using my house in my dream. The voice I hear saying, “What are you doing here? I knew you’d find this place, some day. Just not so soon,” is my mother’s. As I watch her preparations for several seconds; feature by feature disappears, turning her into “Jocko” the juggler clown. My mom fades into this other being, possibly one she’s always wanted to be or has partly been.

If my dream ended about here and stayed open-ended, it would verge very near to poetry because it transforms and makes even the waking world, where mothers turn out to be more than their children think them to be, a whole new place, a bigger place than it always was.

If I wanted to turn this into a short story, some things might have to change.

It might not stay open ended. Mother’s alter ego may become tamer, wilder. There might have to be more back-story. As a five thousand-word narrative, instead of a twenty-line ode, it might have a whole different scope depending in which world it dwelt.

For me, the world we all physically dwell in is the world of prose. The short story, the personal essay, the novel, biography, memoir, formal essay, novella, you name it, if it stays only about this everyday world of ours, it’s prose taking a journey down a real- world path, struggling with an actual handicap that many deal with every day, telling the tragic or heroic life of the sea captain or recounting the explorations of the scientist working on the isolation and discovery of radium. Story is the basic unit of literature of my everyday world. Some say all of us have at least one story, whether we tell it or not.

A story begins as easily as “One day…” or “Once upon a time….” All stories create another world in the telling but become poetry in the moment of opening the door, showing the keyhole, knocking down the wall to that other place of metaphor, allegory, transcendence, sound over ordinary sense, etc. This is poetry, for me, in the release into another world far beyond mere fairytale, horror, and sci-fi.

Where simple prose strives to recreate some issue of our momentary world; poetry wants to create a whole other world. It may be minute or grand, but it seems to need to be about another place, as well as this one. The prose writer sees the everyday world first. The poet sees the other, and the trick is to give the reader a sense of both realms by use of details arranged in such a way to create an unfamiliar-familiar feeling of the whole, much in the way of some motion pictures, a kind of essential viewing without bothersome flickering or digital flatness that often keep us in the quotidian world. Still shots, details, metaphors—they cover more territory— and rhythms—like Armenian flute music— all part of the atmosphere.

There may be a story in a poem; narrative or lyric, there’s usually a narrative thrust. There doesn’t have to be much of a story, but everything in the poem is from the new world of the poem. There are markers of the world people ordinarily inhabit and more than the symbols of that world. Still, it will be a world we recognize, as in dreams.

Of course, the truth probably is that both worlds are the same. I think poets have no choice but to see the world with more than linear possibilities. Many good novelists and short story writers do, too. I guess that I’m saying, as have Jorge Luis Borges, Jim Wayne Miller, Silas House, and others, that poetry and prose are not just differing arrangements of lines and sounds so much as …. What? Different entries to the other world?

Borges felt that poetry existed independent of any form, poem, prose-poem, short story, essay, novel. I think he called it “Winged Poetry,” the sense of the poetic that dwells in us. Otherwise how could we understand or abide it in any form?

I hope it doesn’t make me too much of a romantic, but for me, poetry is not just an escape, it’s love of our world. I’ve noticed that to write anything verging on poetry, I have to be in love with this first world or some aspect of it. So much so, that it becomes like another world. I can be angry or upset and still work on a short story or an essay. Where love of the world helps in all genres, it seems totally necessary in poetry to get me, and hopefully the reader, to another place. 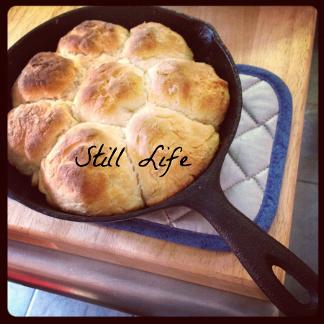