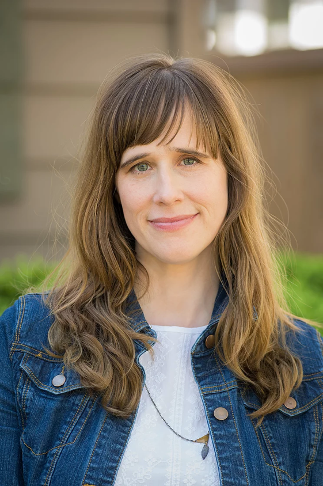 Recently Still: The Journal fiction editor Silas House interviewed novelist and short story writer Holly Goddard Jones for his radio series On the Porch. Holly talks about her newest novel The Salt Line. Below is a short excerpt from the interview. The entire audio interview can be accessed at WUKY On the Porch.


Holly Goddard Jones is author of the novel The Next Time You See Me and the short story collection Girl Trouble. Her work has appeared in The Best American Mystery Stories, New Stories from the South, Tin House, and many other places. She earned the MFA from Ohio State University and has received the Fellowship of Southern Writers Award for Excellence in Fiction and a Rona Jaffe Foundation Writers Award, among other honors. She is a native of Russellville, Kentucky, and teaches creative writing at UNC Greensboro.

Her latest novel, The Salt Line, is a dystopian novel in the literary tradition. The Kirkus Review writes: “Jones' darkly clever worldbuilding creates a nightmare that seems far from unthinkable, from the bug-borne health crisis and climate issues to anti-abortion legislation (they call it feticide) and severe socio-economic division. It's The Hunger Games meets The Godfather meets Robin Cook, with female characters playing all the key roles. Hell, yeah.”

Silas House:   What do you want our listeners to know about your new book The Salt Line?

Holly Goddard Jones:   It is a literary speculative hybrid, and so my hope for it is that if you’re a reader of literary fiction, if you like speculative or dystopian fiction it should, I’m hoping, appeal to both readerships. It’s about a version of the United States, not so far into the future, that has been radically changed by a pretty nasty form of a tick that carries a tick-borne illness that is quite deadly.
The book begins with a group of very wealthy people in what is now central North Carolina who are going on what has been branded an adventure-excursion out of their quarantine zone and into the Appalachian Mountains for a few weeks of “R & R.” And what they encounter beyond the wall when they go into this area proves to be a surprise and more than just diseased ticks.

SH:   You’re primarily known as a literary writer, and as you alluded, this book is more of a genre book. Did you have trepidation going into that world?
HGJ:   The writing of it was mostly a pleasure, and the story revealed itself to me in a way that rarely happens for me. It was as if I was unearthing the story rather than figuring it out. The inside experience of putting the book together felt very natural, felt very right. I did have trepidation throughout the process about how it would be received and how I would be perceived as the person who had written it, and so I tend to derisively call it my “Killer Tick Book.” Every now and then I would say to my husband, “Oh my God, what are people going to think about my ‘Killer Tick Book’?” And he would try and talk me off the ledge each time that happened. I think my fear has always been that because of the general sketch of what the story is about that maybe people would take it less seriously, when, for me, the subject matter is very serious and the book was as carefully crafted on my end as anything I’ve ever written.


SH:   You were writing this book long before the 2016 election, but there are aspects of the novel that are almost prophetic. Can you talk a little about that?

HGJ:  I finished the first draft of the book in December of 2015, and when I saved that file, I don’t think the political situation in this country seemed even remotely within reach to me. I was doing a pretty major revision around the time that Donald Trump received the Republican party nomination. I had just finished line edits the October before the election. I guess what you see in the book is a combination of coincidence and a little bit of steering and tweaking toward the end based on what I was experiencing as I was doing final edits on the book.


SH:   Who are some writers you read growing up or other writers similar to the kind of writing you’ve done in The Salt Line?

HGJ:   Definitely I grew up on Stephen King, and books like The Stand imprinted on me. There’s no coincidence that you’re seeing that influence there. I think one of the things that I continue to appreciate about Stephen King . . . is that he’s such a digressive writer. I love writing digression.  I love writing character backstory. I love getting into little histories and side stories. I think that aspect of his work is as much an influence on me as the kinds of subject matters he writes about. Margaret Atwood is the other pretty obvious influence. I really love her work.


SH:   Can you tell us what you’re working on now?
HGJ:  I have a contract for another book connected to The Salt Line. It happens about 25 years earlier in time, and it takes up a new set of characters, but it is in the same world with an all-female cast of characters. It’s about young girls who travel beyond this border to try to rescue the older sister of one of the characters who has been trafficked to a place that’s mentioned in The Salt Line called Flat Rock. They go on a quest to try and rescue her and bring her back home.

Listen to the complete interview at WUKY On the Porch with Silas House.