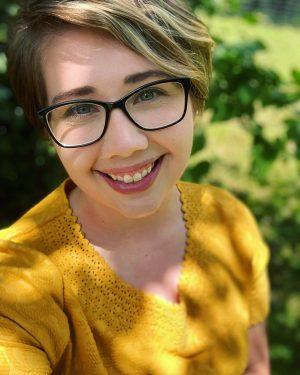 Novelist Ashley Blooms grew up in eastern Kentucky in Cutshin. The Cutshin Creek watershed covers eastern Leslie County where the land is rural and wooded. A similar geography appears in her debut novel, Every Bone a Prayer (Sourcebooks), released in August, 2020. Ashley is a graduate of the Clarion Workshop and the MFA program at University of Mississippi, where she attended as the John and Renee Grisham Fellow.

Her debut novel was met with critical acclaim. NPR said Every Bone a Prayer “bears within its pages striking beauty and strangeness in equal measure.” Booklist praised the novel as a “haunting debut” that “makes a mystical exploration of the hidden power that lies within and the strategies assault survivors can undertake to regain a feeling of ownership over body and mind.” Ashley’s novel is part coming-of-age, part thriller, part fabulism, but also an honest (and often painful) examination of childhood abuse and trauma that is rendered in memorable storytelling and poetic prose.

Ashley’s work has appeared in The Year’s Best Dark Fantasy & Horror, Fantasy & Science Fiction, Strange Horizons, and Oxford American, among other places. She currently lives in Kentucky with her partner and dog, where she is at work on her second novel. Still: The Journal is honored to feature an excerpt from that novel in this issue. She tweets occasionally @ashleyblooms.

We recently visited with Ashley Blooms via email where she answered our questions about place, language, religion, and themes in Appalachian storytelling. She was also patient enough to endure the question we’ve asked a lot lately: What’s it been like to release a book during a global pandemic?

“Inside, [Misty] heard the whispers of Jem’s furniture, most of which were hand-me-downs from family or bought secondhand. The dresser’s voice creaked like a rusty hinge, and the headboard sighed and scolded the curtains, which were eaten up by moth holes on one side. The side tables shared a story back and forth about the day they came to Jem’s but neither of them remembered it quite the same way.”  ~from Every Bone a Prayer by Ashley Blooms 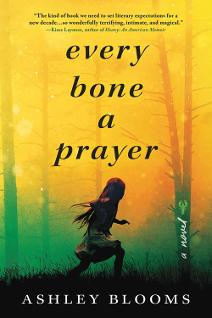 Read an excerpt from Ashley Blooms' forthcoming novel, Where I Can't Follow