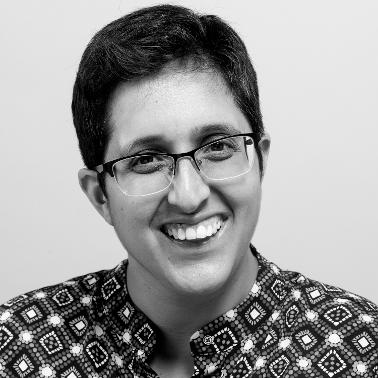 One of the joys of publishing a literary journal is seeing work that was first featured in Still: The Journal turn up in contributors’ books and anthologies and in other venues. Such is the case with Neema Avashia, our featured artist in this issue. We met Neema here in these pages before we ever met her in person, and two of the essays that are included in her new book of essays were first published here.

Another Appalachia: Coming Up Queer and Indian in a Mountain Place (West Virginia University Press, March 2022) is Neema Avashia’s nonfiction collection which counters the assumed narrative and culture of Appalachia in fresh and captivating prose. Neema was born and raised in southern West Virginia to South Asian parents who immigrated to the United States. The essays in Another Appalachia trace Neema’s experiences as a queer person of color growing up in the Kanawha Valley. “Much of my writing pertains to the unique experience of growing up as a member of a tight-knit Indian community in a state where we comprised less than half a percentage point of the overall population,” Neema says.

Neema’s collection of essays has been endorsed as “a bright and deeply empathetic portrait of a complicated place, a place that Neema Avashia allows to be multifaceted in the way it deserves.” In addition to writing, Neema is an experienced and politically active history and civics teacher in the Boston Public Schools.

Among other things, we talked to Neema recently about education and about some of the craft choices she made in writing the compelling essays that make up Another Appalachia.

I’d be lying if I didn’t say that Hillbilly Elegy, and my deep anger about that book, wasn’t a big impetus for writing my own book. I read a book that was purportedly about the place where I grew up, and the people I grew up with, and I found both the people and the place as Vance rendered them to be virtually unrecognizable.

Still:   In one of your newsletters, you mentioned an issue that seems important to you, both as a teacher and writer: that how we see or do not see ourselves in books we read in school impacts our identity formation. Could you elaborate?
Neema:   I didn’t read a single Appalachian writer in my K-12 education in Kanawha County Schools. I checked out Cynthia Rylant books from the library. My neighbor made me read Crum by Lee Maynard. But there was no point in my formal education where I was taught that the work of Appalachian writers had weight, was worthy of study, mattered. The same was true for reading writers of color. I was not assigned a text by a single Black or Brown writer during my K-12 education. I chose to do my senior term paper on Maya Angelou, and read her books as a result, but that was my decision, not my teachers.
This means that I was fully 18 years old, a freshman in college, before I encountered an author of color and their work as worthy of academic study. And I was even older–in my 20s, before I read Jayne Anne Phillips and Chuck Kinder and Denise Giardina, and in my late 30s before I encountered Frank X Walker and Ann Pancake and Silas House and Crystal Wilkinson.
And all of this meant that when it came to my own words–my queer, Indian, Appalachian words–it took me a very, very long time to believe that they had any weight. That they had value. That they mattered to anyone other than me. In fact, I still struggle with that sense of imposter syndrome right now. I’m fairly convinced that I’m not going to sell a single book to a person that is not a friend or family member. And while part of me knows that this isn’t true–that my words do have weight, that the stories I’m telling are important–I also can’t help but wonder if this sense of imposterhood would be lessened had I encountered more writers like me during my education.
Young people need to see their lives, their stories, reflected in what they read and learn in school. They don’t only need those stories, but to receive an education in which they have access to none of those stories is, in fact, a kind of miseducation. We all deserve to see ourselves mirrored in our learning. We all deserve to know that our stories, and our words, have weight.
Still:   We think one of the hallmarks of Another Appalachia is your use of questions throughout. Nearly every essay is based on interrogations you’ve posed to yourself. Can you say why this technique works for you as an essayist? And how do those questions help the reader?
Neema:   Way back when I was in college, I remember a professor telling us that the word “essay” came from French and meant something to the effect of “to attempt” or to “try”. That said, I don’t think that I consciously was thinking about that idea when I started writing these essays. I do think that I had a lot of questions that I was trying to work through, and that writing felt like a way of working through them. Why, for instance, has shame been such a driving force for governing relationships and behavior in my family? Or what does it look like to grieve loss when the rituals one was raised with don’t resonate anymore? Or how do we reconcile our deep love of people with the fact that the beliefs they now espouse are profoundly harmful to us? I think for me, beginning with a question is a way to reflect on my life experiences and my relationships, and to consider how they might help me in coming closer to an answer to my question.
And because I am a teacher and spend so much of my life with young people, I am very aware of how important it is for us as adults to model for young people what it means to grapple with our identities, to grapple with the hard questions, and to not shy away from, or suppress, the parts of ourselves that ultimately may give us the most meaning. So my hope is that by being transparent with my own questions, I am making space for readers to both see how I grapple, and to feel comfortable in asking their own questions.
Still:   Tell us what you’ve got planned regarding the official release of Another Appalachia. And beyond this book, what are you currently reading and writing?
Neema:   Starting in March [2022], many readings! In Boston, in Pittsburgh, in New York, DC, Morgantown and Charleston and, most excitingly, in Nelsonville, Ohio with Marianne Worthington and Doug Van Gundy on May 19. I’m pretty committed to only reading in places where I know folks and am excited to see their faces in the audience and have a meal with them afterwards, though, so no cross-country tours for me.
In terms of reading, I finished Drowned Town by Jayne Moore Waldrop and The Girl Singer by Marianne Worthington recently. Over winter break, I have been burning through Anthony Veasna So’s short story collection, Afterparties, Elizabeth Strout’s new book, Oh, William!, and am now working on Louise Erdrich’s new novel, The Sentence.
And when it comes to writing, I’ve started working on a second essay collection, tentatively titled The Book of Broken Rules. Each essay in the collection takes up one of the “rules” communicated to me by family or culture or society and explores the implications of being the kind of person who is just perpetually breaking rules. I’m excited to see where it takes me once book publicity settles down a bit!

Also in this issue:
Read our review of Another Appalachia: Coming Up Queer and Indian in a Mountain Place 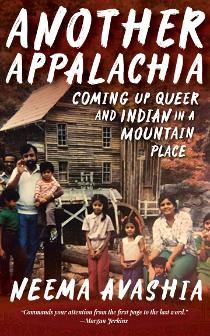 Read: The Deep Connection of West Virginia’s Indian Community: Neema Avashia on Childhood in the Kanawha Valley in Lit Hub.