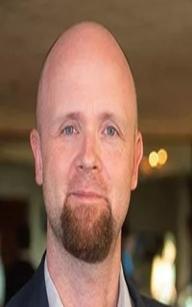 Hunting and fishing literature often refrains from delving too deeply into the complexities of contemporary life, as if relational struggles and political concerns should remain at the periphery of a campfire or fly shop. But Charles Dodd White’s new collection of essays A Year Without Months refuses to depict his time in the wild as bifurcated from regional concerns or family life. Currently serving as an Assistant Professor at Pellissippi State Community College in Knoxville Tennessee, he is a previous winner of the Weatherford Award and the Thomas and Lillie D. Chaffin Award and has authored four novels and a collection of short stories. A Year Without Months offers the joy of floating a river with friends set beside the crushing impact of losing a child to suicide; it opens a window into the struggles of fatherhood, divorce, and stepfatherhood. These essays present the grit of tent camping in the rain and the befuddlement of intimacy.

In both “Groupings” and “Coaster King,” White examines alcoholism and the messiness of male relationships in his life and the impact of fatherhood on the lives of sons as they follow the broken but impactful men of their family. These works discuss suicide, gun ownership, the threat of family-based physical violence, and the ponderings of a father who tries to show his son masculinity without passing along the troubles of his uncle and grandfather. These essays reveal a familial history which somehow speaks to the tragedy of alcohol abuse while highlighting the generosity and insecurities of the men in the author’s life. They are both homage and accusation while aiding in the establishment of the trajectory of the collection.

First published in The Bitter Southerner, “Why I Don’t Hunt Anymore” functions as a rhetorical analysis of modern southern hunting and fishing culture. White suggests that the idea of the naturalist outdoorsmen has shifted throughout his life, changing from primarily a figure who knows the woodlands and circadian rhythms of the wilderness into a hunter more interested in the kill and photo than participating in respectful interactions with place or a responsible stewardship of natural resources. Woodcraft seems lessened as a topic of conversation for many local sportsmen, while military garb and fashion paired with images of skulls and bones have risen in popularity. He writes:

Instead of the ethic of Leave No Trace, there is another kind of code. On the interstate you see it on the back panels and rear windows of tricked out pickup trucks. Stylized decals with phrases like Bone Collector or pictures of deer skulls against American flags or the graphic logo of the comic book vigilante The Punisher. The pastoral somehow got swapped out with the paramilitary while I wasn’t paying attention, and I can’t think of anything worse that could have happened to the average hunter (88-89).

This essay is especially important to consider for the region of Appalachia which has seen a dramatic rise in recreational tourism in recent decades and now seems to revolve around the ironic concept of an accessible wilderness.

"This desire to show off, to practice vain machismo, it changes everything. The act of hunting becomes mere background to the desire to offend. It is cultural theater, and it measures its effectiveness in terms of its ability to provoke an emotional response, not understanding. It paints blood everywhere it can, often in an Instagram or Twitter feed."

~Charles Dodd White, from A Year Without Months

White’s essay functions as a call of caution not only for hunting and fishing industries, but any promotor or sloganeer which seeks to monetize outdoor spaces by positioning such experiences through their own filter of modern politics.

They’ve committed themselves to this burlesque of masculinity that has become a new standard of the southern man out in the woods. They’ve forgotten what it means to experience the beauty of the wilderness. They don’t go out there to embrace solitude and time. They go out there to pull a trigger, and they have no qualms about advertising the fact. This desire to show off, to practice vain machismo, it changes everything. The act of hunting becomes mere background to the desire to offend. It is cultural theater, and it measures its effectiveness in terms of its ability to provoke an emotional response, not understanding. It paints blood everywhere it can, often in an Instagram or Twitter feed (89-90).

Without shying away from the subject or ignoring the growing issue, he argues that wild places must exact respect from all user groups and not simply become another platform for political branding.
But the book is not exclusively focused on the male interactions in his life. Works like “Apart” and “Human Animals” address his relationship with his mother and great aunts, one of whom the author describes as an elderly Floridan iteration of Dickens’s Miss Havisham. As a boy he visited these women in the swamplands of central Florida, learned stories, and became acquainted with snakes and overprotective lapdogs. While watching a waterstrider, the author reflects on the connections a person can develop with an animal, and how often the thoughts and workings of the natural world are overlooked by people. In comments approaching awe, White considers “the multitude of minds that continually surround me and how they must allow some tolerance for one another’s inevitable misunderstandings. I wonder what advantage we might find in such mutual grace” (109). Such sections balance the collection and offer a rounded picture of the author while investigating the multifaceted ways in which people develop relationships with their place and the nonhuman world around them.
Charles Dodd White writes with the clarity of Joan Didion, the contemplation of Thoreau, the precision of John McFee, and the wisdom of Sigurd Olson. A Year Without Months provides insights into the often complex interactions between sportsmen in the contemporary South, the trials of unhealthy generational behaviors, and the powerful but crucial need for honesty while facing loss. This book contemplates healthy and hurtful male relationships, it opens the picture album of White’s life for discussion. In doing so, he asks the ever-relevant question, as Jim Wayne Miller has phrased it, “what to keep, what to throw away, what to rescue?” And while White hasn’t posed singular solutions to any of these questions, his open presentation of fatherhood, outdoor stewardship, and cultural criticisms converges on these pages. The resulting collection offers necessary reading for anyone interested in the changing world of the modern mountain south.

Micah Daniel McCrotty lives in Knoxville, Tennessee with his wife Katherine. His reviews and poetry have previously appeared in The Midwest Quarterly, Louisiana Literature, Storm Cellar, Sycamore Review, and The James Dickey Review among others.

Read all of Still: The Journal's past reviews